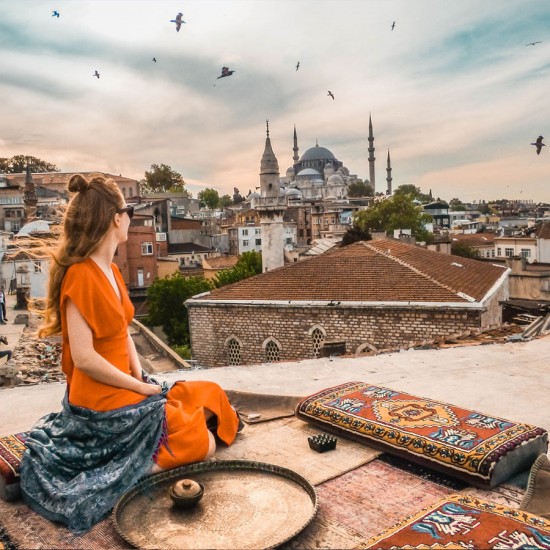 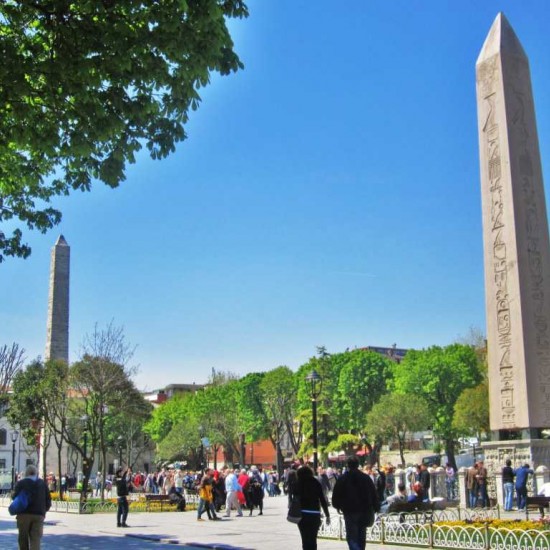 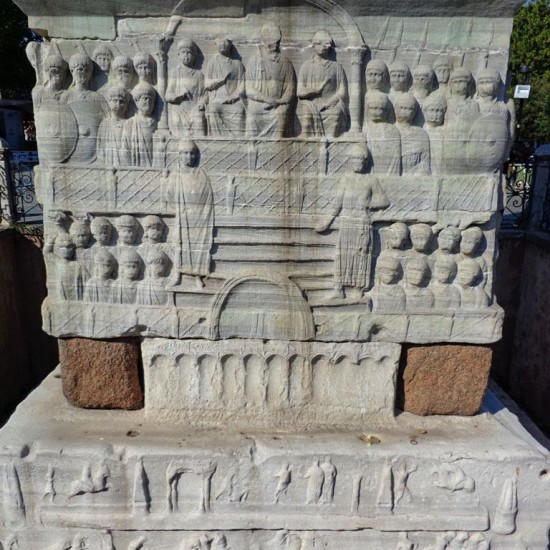 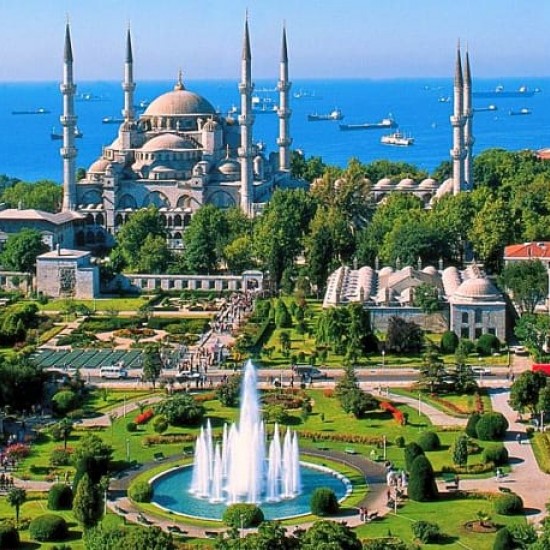 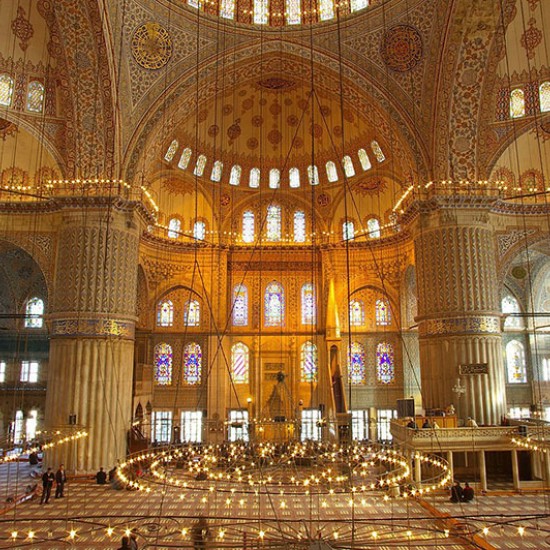 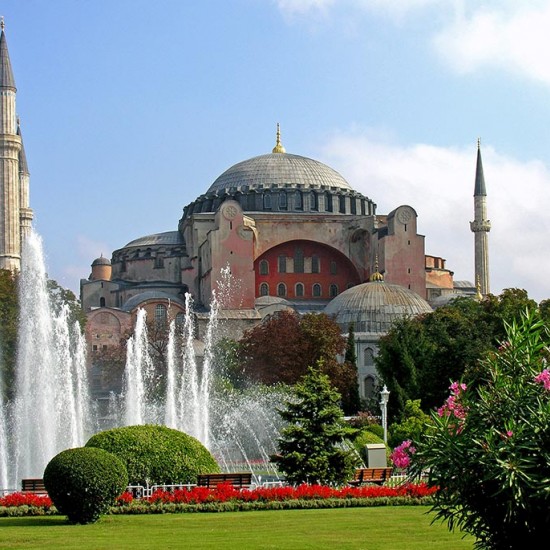 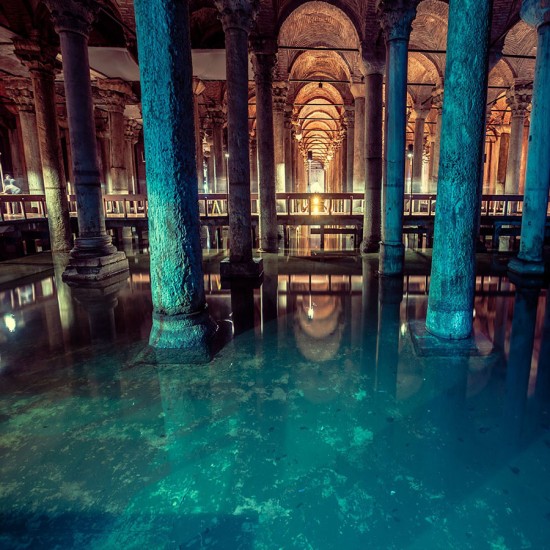 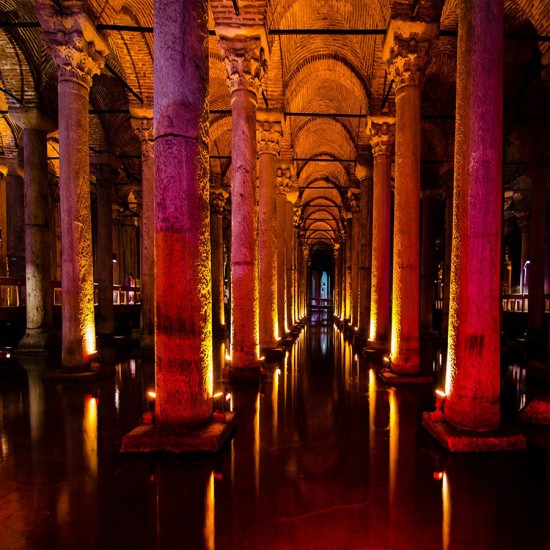 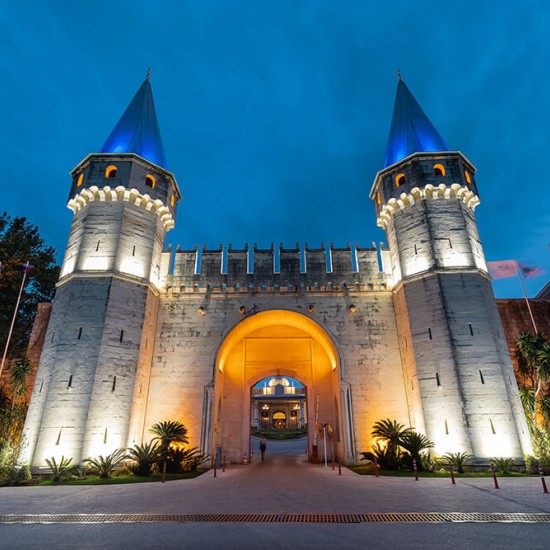 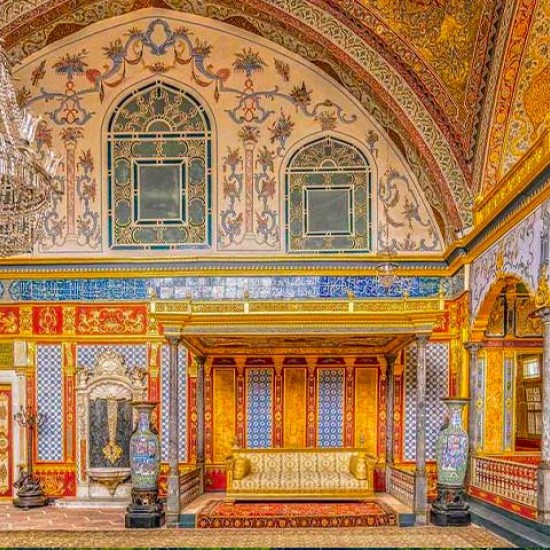 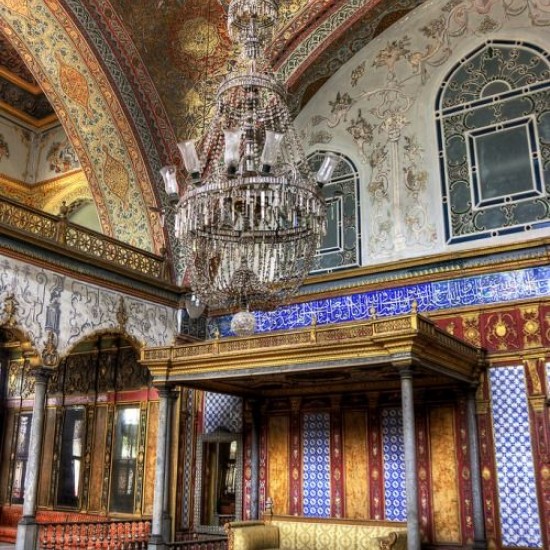 * Hotel Pick-up & drop-off service are available only from the hotels located in the city center. There may be a extra charge for transportations from other locations or airport. Please contact us for charges.

A boutique tour with max. of 14 participants

Topkapi Palace & Harem : This extraordinary and secret palace was the residence of the Imperial Ottoman Sultans and the center of the Ottoman might for nearly 400 years. The building are a typical example of Ottoman architecture and the rooms exhibit rich collections of porcelains, robes, weapons, shields, armors, Ottoman miniatures, Islamic calligraphic manuscripts as well as Ottoman treasures and jewelry..

You will enjoy your delicious lunch a quaint local restaurant.

Basilica Cistern : Build by Justinian after 532.the basilica Cistern stored water for the Great Palace and nearby buildings.You will marvel at the almost 10,000 square meters of space supported by 336 marble columns eacch nine meters hight.

Hagia Sophia Museum : The Hagia Sophia that you can visit today was the primary church of Byzantine Constantinople and was built upon the site of two earlier churches that had been destroyed. Emperor Justinian I (527-565) commissioned the project and had materials brought in from all around his empire for the massive church’s construction. The Hagia Sophia was the most important church of the Christian East. Structurally, it was the first of its design and boasted the largest dome that had yet been engineered which provided a voluminous and well illuminated interior.

Sultanahmet Mosque/Blue Mosque : This mosque was built by Sultan Ahmet I between 1609 and 1616 and is located in the district of old Istanbul that is named after this Ottoman Sultan and it is distinguished by its six slender minarets. The central dome is 43 m in height and 33.4 m in diameter and there are 260 stained glass windows throughout the mosque. Due to the intricately decorated blue, green and red tiles of its interior, it has long been referred to as the Blue Mosque. These tiles, produced and painted by hand in Iznik (ancient Nicaea), are an attraction in and of themselves.

Roman Hippodrome and Monuments:The ancient Hippodrome was the center of Byzantine social life and the scene of fiercely competitive chariot races. It was located in the square that is now in front of the Blue Mosque and is still the site of ancient relics from its glory days. These are the Obelisk of Theodosius, the bronze Serpentine Column, and the Column of Constantine. Remains of the curved end of the Hippodrome wall can be seen on the southwest side of the three monuments.

**A nice lunch will be served in a quaint local restaurant.

Pick up & drop off from City Center Hotels & Cruise Port.

All Entrance Fees mentioned by the itineraries.

What is Excluded in tour?

Hotel Pick-up & drop-off service are available only from the hotels located in the city center.

There may be a extra charge for transportations from other locations or airport. Please ask for charges. 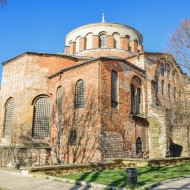 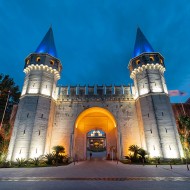 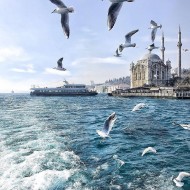 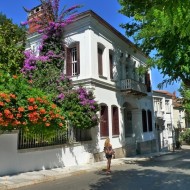 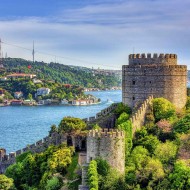